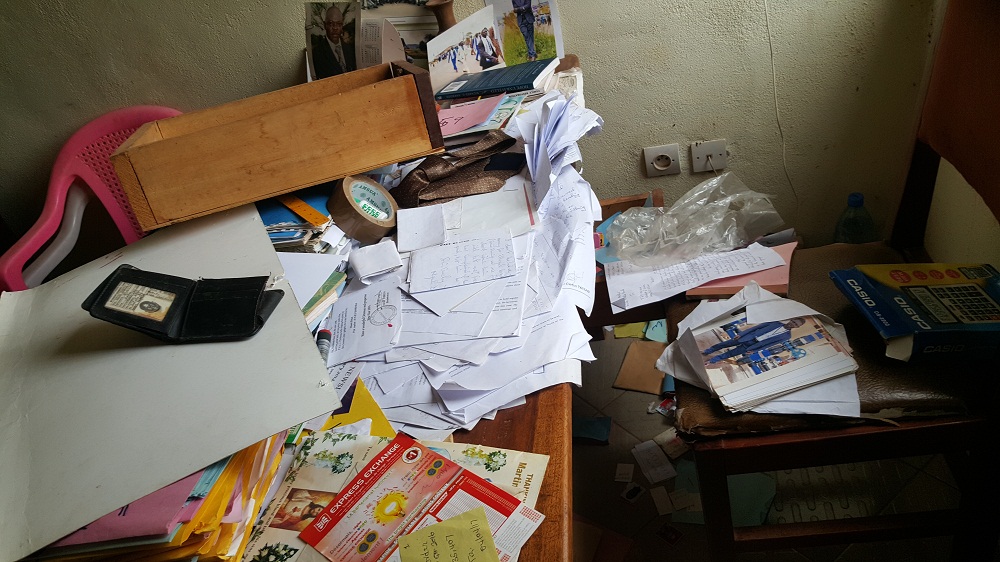 Thieves have broken into 15 offices into the Bamenda III Council building. The incident occurred during the early hours of Saturday August 12, 2017 took all the entire Council administration and staff by surprise as it is the first burglary case since the Council was created in 2007. The lone night watch who was on duty told those who arrived early that morning that the three thieves arrived at about 1am breaking Friday with one person completely masked. He narrated that they had to tie him up sealing his mouth and placing one person to watch over him. The night watchman narrated further that the thieves stayed until the cock started crowing that is at about 4am before they departed. Before they left, he continued, they relaxed the robes on him which enabled him to struggle and free himself, by which time the thieves were all gone.

Breaking open almost every door, the thieves made away with some money and valuable items from not fewer than 5 offices.

The greatest casualty was the office of the municipal treasurer where the three doors (two iron doors and one wooden door) where the use of very highly sophisticated equipment, the thieves broke open the save and made away with an undisclosed sum of money. But security leakages speculate something above three million FCFA.

The cashier’s office was also broken into where several hundreds of thousands were carted away, we learnt. The cashier could not immediately asses all what was taken away but physical cash is estimated at above 750,000 FCFA. While the water department lost a laptop to the thieves, the civil status also lost communal stamps worth 350,000FCFA. The office of the First Deputy Mayor that has remained locked since the death of the First Deputy Mayor was forced open by the unexpected visitors. They also forced open the office of the Second Deputy Mayor, Secretary General, Finance Office, Pay Master, Technical Department, the General Secretariat, amongst others where everything was scattered from shelves and table cupboards.

Together with security officials, Mayor Fongu Cletus went to each office in disbelieve as the security gathered vital and necessary information.

Explaining that he was informed by his Deputy Mayor Fongu said he was immediately informed his hierarchy and collaborators amongst which are the Senior Divisional Officer, SDO FOR Mezam, the  Divisional officer, DO for Bamenda III, as well as head of the security services in the council area. The Judicial police showed up early Saturday morning to assess the damages caused rubbery but will not make a statement to the press.

The bandits were only looking for money since no office equipments were taken away but for the laptop for the water department. As to the internal security measures around the Council, the Council has a contract with premier security company to secure the Council premises at night; that is from 6pm to 6am. We have called the attention of the security company, while investigations are ongoing.